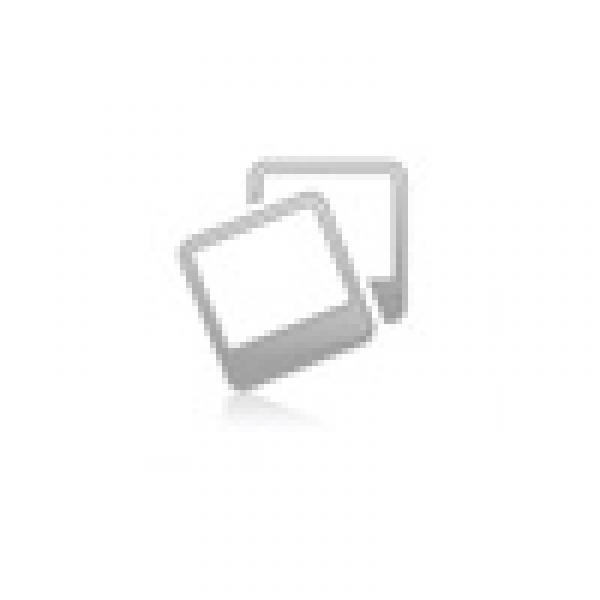 Speech by former President Mesić at Days of Antifascism in Opatija

When I was leaving my Presidential post just about a year ago, I never thought that I would be in a position where I must – together with you – defend antifascism in a country whose Constitution states that it is built on foundations of antifascism. Still – we arrived precisely at this point.

And this is why I am here today.

I never expected this, nor thought such a thing could happen, because for ten years I was dedicated to and unwavering in giving, or giving back, antifascism in our society the position it deserves. It was unfathomable to me that my efforts, and the efforts of thousands of others, that were aimed at this for an entire decade would start to decay in less than 12 months.

Unfortunately, this is exactly what is happening.

However, this must not be happening. We cannot let this happen, not only to preserve memories of the past, but also to build the foundations for our future, for the future of our children and their children, in short – for the future of Croatia.

I repeat: we cannot allow antifascism to cave in, we must be loud and clear in our efforts to respond to anyone, regardless of their academic degrees or participation in the Homeland War, because – whatever their motives might be – they are, objectively speaking, bringing into question the future of our country.

While they have no right to do this, it is our duty to stop them from committing this dishonorable deed.

I personally find it to be my duty, my obligation and my responsibility to speak out against this defamation of antifascists and antifascism. Even if the media boycott me, even if they decide not to convey my messages, you are here, you are listening to me, and you will tell others what I have said. This is not like what it used to be when a message would be read and forwarded; you will hear this and restate it to others. If this is the only way, so be it. But we will not remain silent!

Claiming to be an antifascist and glorifying the antifascist struggle only on certain occasions is not enough. This is more than obvious today.

But why do we even need this – I will label it somewhat pathetically – last line of defense of antifascism? Simply because all of those who never accepted the outcome of WWII are now standing tall and are leading a well organized and well funded, thoughtfully constructed political-media campaign with a single goal: to change the defeat from 1945 into a victory in 2011!

That is their goal and there should be no misunderstandings regarding this!

Communism and anticommunism are simply means used to achieve specific ends. The hunt after those who are supposedly nostalgic of Yugoslavia and after imaginary opponents of an independent Croatian state is also just a mean for achieving an end. They seek to, once and for all, compromise the antifascist struggle, to equate antifascism with Bolshevik communism and bring it down to the level of Nazi-fascism. In other words: they seek to make it a crime, and to turn those who participated in the antifascist struggle - just because of their participation - into criminals.

This is why our message should be loud and clear: it is no one’s intention to limit the freedom of researching and even investigating war crimes, but there must be a clearly defined responsibility for falsifying the past. It is time for us to stop being defensive, to stop giving legitimacy to pseudoscientific acts thus appeasing those who are smearing with mud our glorious past.

Here and now, I will say something I have already said many times, but it apparently was not enough. Nazi-fascism is a crime both as an idea and as a realisation of that idea. Antifascism as an idea is pure, but it is a fact that even on the side of antifascism there were crimes – both during and after the war. In other words, and those who want to understand will do so: in Nazi-fascism crime was its policy, while with antifascism, crime was an occasional, unwanted, but – unfortunately – unavoidable companion of its policies.

I have never justified a crime, neither could I do so. But I have highlighted certain chains of events and fact that people were killed in Jadovno, Jasenovac, Gradiška and Đakovo just because they were of different race, nation, religion or they thought in a way different from the authorities. After Bleiburg, there were many casualties – some were tried in court, as much as that was possible during those days immediately after the war, some were executed summarily.

But, not a single person was killed just because he or she was a Croat or Roman-Catholic. No, they lost their lives for wearing the uniform of a quisling regime in which they were fiercely fighting against the victors of WWII even after it officially ended. That distinction is persistently being overlooked and disregarded. While it is very important!

Furthermore, these quislings are now being labeled as the Croatian army. This is the biggest insult to Croatian antifascists. Because, if the quislings represented the Croatian army, who did the antifascists represent? There can be only one answer: they were enemies of Croatia. And this is what everything is about - to promote this answer as a policy, and eventually make it a historic truth. Should this be successful, Croatian antifascists will truly lose the war during the year when they should be proudly celebrating the 70thanniversary of their uprising.

At a time when Croatia is engulfed by crime and corruption, when unemployment is skyrocketing, when the Government is announcing its intentions, but fails to show capability to put them into action in order to stop economic downfall, at a time when people are taking to the streets and threatening to take matters into their own hands, our police is tasked with a priority of “investigating communist crimes.”

Yes, you heard me well. This was said even in Parliament, but it seems that no one fully understood the true meaning of this horrible order issued by the Ministry to all police stations. Now, I must ask: is this a private policy of the minister of the interior, or of the Government whose member he is? Should this be a policy of the Government, then I have one more question: in which direction is this government taking Croatia?

I am not at all impressed by statements made by some members of the European Parliament who – for the sake of anticommunism which is so dear to many in Europe – are showing support to the digging of pits and to police interrogations of those who participated in the antifascist struggle. There is an upheaval over a case of a Homeland war veteran in which Croatian institutions made an obvious blunder and this case is reformulated as general pursuit after Homeland war veterans who are – so we hear – being hounded like beasts. We also hear from same sources that the Homeland war is being criminalized.

The truth is exactly opposite: members of the antifascist struggle in general are first being turned into suspects, and then hounded – like beasts. Also, the People’s liberation struggle is being criminalized and with it the man who was successfully leading it and who is, because of this, still remembered throughout the world – marshal Josip Broz Tito.

This, and only this, is the truth!

I will stress some details and logical irregularities in this supposed historic endeavor of investigating communist crimes. The name of it is itself wrong. Most members of the People’s liberation army were not communists. Therefore, these could be crimes committed by victors, not communists. Also – have you noticed that none of these mass graves were never completely searched, and this includes well-known Jazovka at which – in spite of this –annual gatherings are held?

Do you know the reason for this? Because in these graves there are – if we acknowledge the fact that some victims were killed by the victors – many victims previously killed by quislings and occupying forces. This slightly alters the perception. Also: it is well known that partisans, lacking in all resources, often wore parts of German or Croatian home guard uniforms. How can then a skeleton wearing a part of a German or a Croatian home guard uniform be irrefutable evidence that a member of the Wehrmacht or the home guard was killed?

Finally, it is well known that the occupying and quisling forces ruthlessly executed captured partisans unless they were high ranking officers they could exchange. How come not a single mass grave of murdered partisans was never found?

There, I have just pointed out some details based on which it is not difficult to determine the scientific validity of these supposed investigations that are currently underway. This has nothing to do with science. But there is plenty of – evil intent! This is historic revisionism in its essence and a most ruthless and most meticulously designed attack on the antifascist foundations of this country and on the entire antifascist struggle.

This is, I repeat, an attempt to change the defeat from 1945 into a victory in 2011. All under the pretext of fighting for democracy.

Our public opinion must realize this and recognize what this is about. Our people must realize that those with high pensions who mourn, with hypocrisy, over the sufferings of a worrisome number of unemployed and poor, and who seek for themselves the privilege of deciding on the destiny of this country because they fought for it, are in fact offering a dangerous populist concept – close to ideas and ideology they wish to rehabilitate, thus denying antifascism.

Finally, I will add one more thing. You have certainly noticed statements from democratic spheres and high positions in Germany and Great Britain that the concept of multiculturalism is doomed. I fear that those who are saying this are not aware of what they are saying. If they are, then this is very dangerous.

Nazi-fascism divided people and discriminated against them, it denied the very idea of coexistence. Some were predetermined to be masters, some servants, and the worst part was that – some did not deserve to live. Antifascism ushered in multiculturalism, mutual tolerance and coexistence – perhaps not always of the best kind or of optimal implementation, but antifascism is an ideological foundation of multiculturalism. If it is doomed, where is this world headed?

Can we allow to be led in this direction? My answer is: we cannot and will not!